Spring, When Our Fancy Turns to Trout

In the spring, a young man's fancy lightly turns to thoughts of trout. Those were Tennyson's words. Almost.

Doubtless I am not the first trout enthusiast to make sport with poetic verse, but with apologies to the bard, I discovered that Shakespeare reads just as well if the word ‘trout' is substituted for the word 'love.'

Consider this, from Romeo and Juliet: Trout is a smoke and is made with the fume of sighs.

Would not Shakespeare's tragedy have ended better if a fish-smitten Romeo had, instead of a comely maiden, poached a trout from the Capulets' pond?

Even if you are not as young as you used to be, your fancy in April may turn to rainbows, browns, brooks and cutthroats. Well it should, trout season is upon us.

We check the weather forecast for what our fate might hold – showers or sunbeams. As Shakespeare might say: O, how this spring of trout resembleth, the uncertain glory of an April day, which now shows all beauty of the sun and by a cloud takes all away.

Sure, the crowds of people can make it difficult to find solitude, and, yes, you might have to wait in line to launch your boat, but that's part of the fun.

Lakes and ponds around the state are planted with trout in April, May and June. The great thing about hatchery trout is that they are used to regular feedings and they are hungry by Opening Day. It is a combination made to order for the angler new to the art of wooing our speckled quarry. 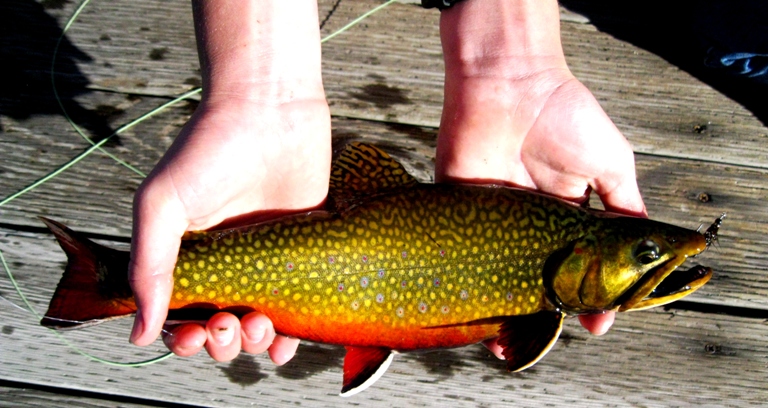 First, figure out where you are going to fish. The Oregon Department of Fish and Wildlife has some great options on the web at www.dfw.state.or.us. Click on Fishing Resources then click on Easy Angling Oregon. Some lakes are stocked with eight-inch fish while others get brood-stock trout up to six pounds. Some waters have enough natural production that planting trout is not necessary.

Next, assemble the gear. A six-foot spinning rod is about right for most trout fishing situations. Fill the reel with six-pound test line and you are ready to bait up.

Trout can be finicky, but there are ways to rig that are proven winners when you need to keep a few fish for the table.

One popular setup employs a doughy substance like Fire Bait from Pautzke or Power Bait from Berkley. Try this easy rig: Slide a bullet sinker on your main line. Tie on a barrel swivel then tie on a 40-inch, four-pound test leader terminated at a No. 14-16 treble hook. Pinch off a fingernail-sized piece of dough and mold it over the treble hook. The bait should float, suspended three feet off the bottom. Prop the rod against a forked stick and wait for the bite. In the right spot, it will take anywhere from five minutes to an hour for the fish to find your bait.

The drawback to the treble hook and jar bait approach is that the fish take the bait deep. Every fish you catch you should keep. If that isn't a problem, keep your limit. If you can't eat them all, give a few away. That's what Shakespeare would have done. Trout sought is good, but given unsought is better.

Another good way to tempt trout is with pink plastic. I like to employ a five-inch plastic worm and cut it down to about three inches. To rig it, use the same instructions as above, but substitute a No. 10 red Daiichi salmon egg hook for the treble then string the plastic. Trout tend not to chew this bait, they suck it in and spit it back out. Set the hook fast.

Alas, that trout, so gentle in his view, should be so tyrannous and rough in proof.

On the water, watch for fish. Hatchery trout tend to move in large schools. Look for splashes and rise rings to give away the best spot or watch for shadows that move against the bottom.

When I'm fishing from the bank, I may start with a brown 1/6-ounce Worden's Rooster Tail or a Mack's Lure Promise Keeper spinner and cast and retrieve it.

I don't know why trout eat this stuff but they do.